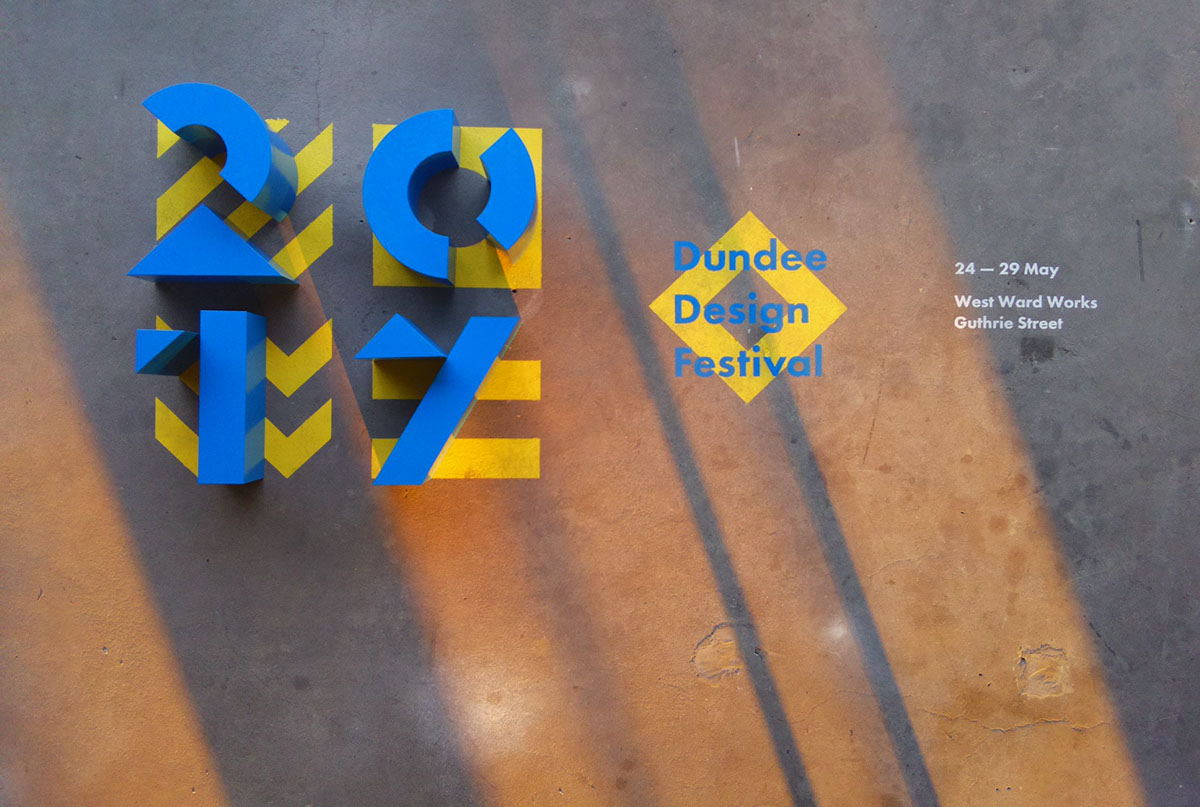 Wideopenspace collaborated with Lyall Bruce and Ryan Mcleod of Fleet Collective in the development of the website for Dundee Design Festival. This was the second year of Dundee Design Festival and the aim was to establish a good underlying framework for future festival websites. Our role in the project was the technical front end and back end development, basically taking Ryan and Lyall’s designs and making it a live, functional website.

An interesting feature of the website was the dynamic header graphic on the homepage. The geometric shapes of Lyall’s festival logo were created as physical objects and presented on the floor in the festival space along with other painted elements. The idea was to allow people to re-arrange and move the shapes around and create their own arrangements, patterns etc. This interaction was captured by an internet connected camera built using a Raspberry Pi Zero W device, this captured an image once per minute and pushed it up to the website via some custom coding we wrote for the Pi Zero device.