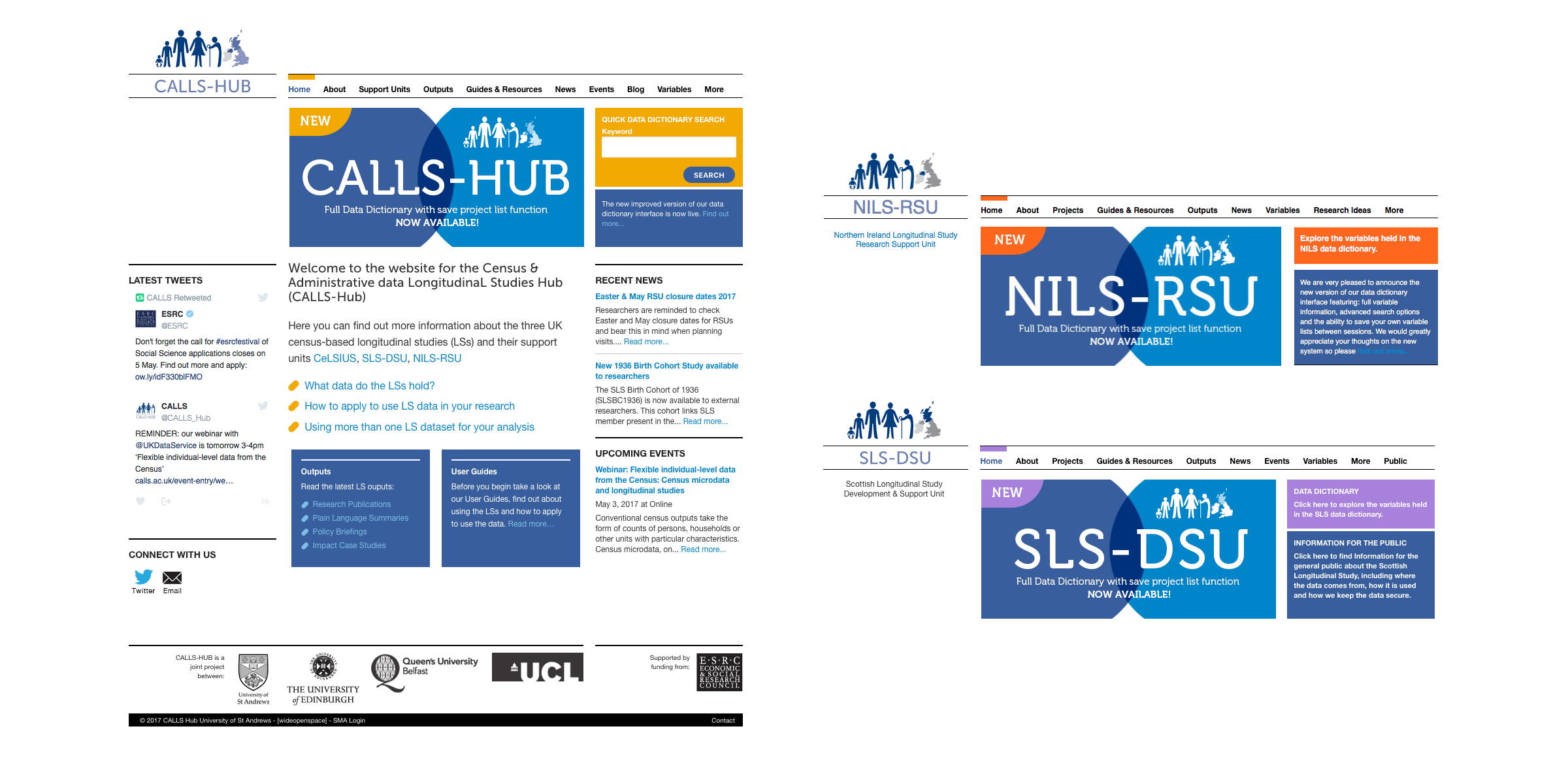 CALLS-HUB is a collaboration between the University of St Andrews, University of Edinburgh, and University College London, to harmonise and promote the work of the three Longitudinal Study Research Support Units (CeLSIUS, SLS-DSU, NILS-RSU).

A central purpose of the CALLS site is as a UK census data research tool. Prior to CALLS researchers would search on separate regional census databases, each of which presented data differently. The CALLS Data Dictionary presents a harmonised view of all UK census data. To achieve this Wideopenspace developed a new database and system to readily import and convert regional census data references to a unified structure. This allows users to easily and reliably compare and contrast UK wide census data in a way that was previously not possible.